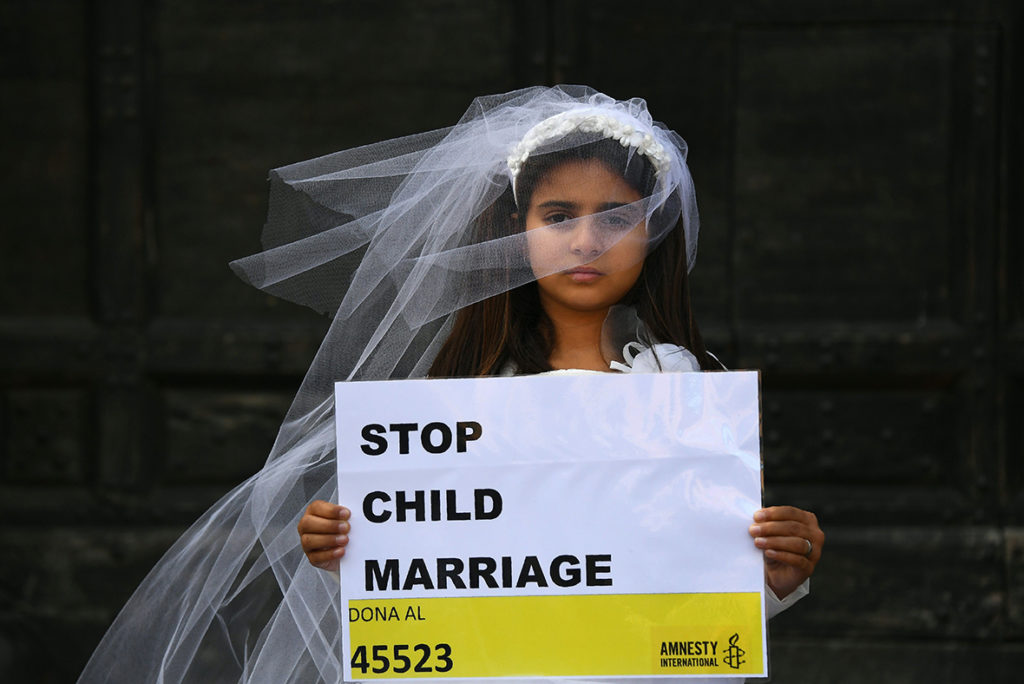 Today Mint published an article with a series of charts and tables on the topic of women getting married and having children between the very young ages of 15-19 years. It is a subject worthy of serious attention. However, the Mint charts suffer from fundamental statistical flaws and do little to illuminate the issues or causes. In addition they fail to highlight the very real progress that has been made in the past ten years and also fail to mention the shocking practice of very early child marriage. 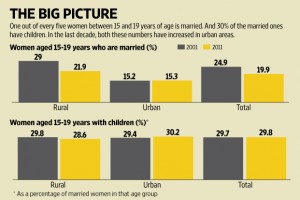 Let’s start with “The Big Picture”. It points out that the numbers (percentages) for urban areas have increased in the past decade. However, look closer. The percent of urban married women in the 15-19 age group went from 15.2 to 15.3, a change of 0.1%. This is such a small value that it would be well within the margin of error. In actual numbers, 0.1% of the 17,212,138 urban women in this age bracket reported by the 2011 census amounts to 17,212 women. On the other hand there were over 490,000 more urban married women in this age group due just to the increase in the population. Clearly the 0.1% increase is immaterial.

On the other hand, it is strange that the graphic didn’t highlight the 7.1% fall in the number of rural married women, since that is indeed a big change. In absolute terms, some 4 million fewer women in this age group were married than if the percent had stayed the same as 2011. It follows that 1.1 million fewer women had children. Focus on the 17 thousand increase in urban brides rather than the 4 million decline and you’re missing the story completely.

The article looks at marriage of women between 15-19 but completely fails to mention the roughly 1.8 million girls under the age of 15, one in every hundred in the age group, that were ever married. Moreover, nearly 137,000 of these girls had one child and roughly 320,000 had two children.

The next six charts include female literacy and attempt to show a link between teen marriage, pregnancy and literacy. There are three problems with this analysis:

Child marriage gives rise to a host of other problems such as domestic violence, sexual exploitation and forced labor. Giving birth at a very young age can cause health problems for both mother and child, can halt the education of the women and increase the burden on the state. Unraveling the practice will require a good understanding of the causes and social norms behind it. It is commendable that Mint raised the issue. However, associating child marriage with female literacy is simplistic and probably incorrect and leaves a misleading impression that the problem could be solved with increased literacy.